FROM ROME TO TUSCANY

FROM ROME TO TUSCANY, THROUGH THE VILLAGES OF CENTRAL ITALY

From the several faces of Rome’s past to the unique architectural and artistic masterpieces in Tuscany: a fascinating journey through the most beautiful art cities and places of Christianity in the heart of Italy 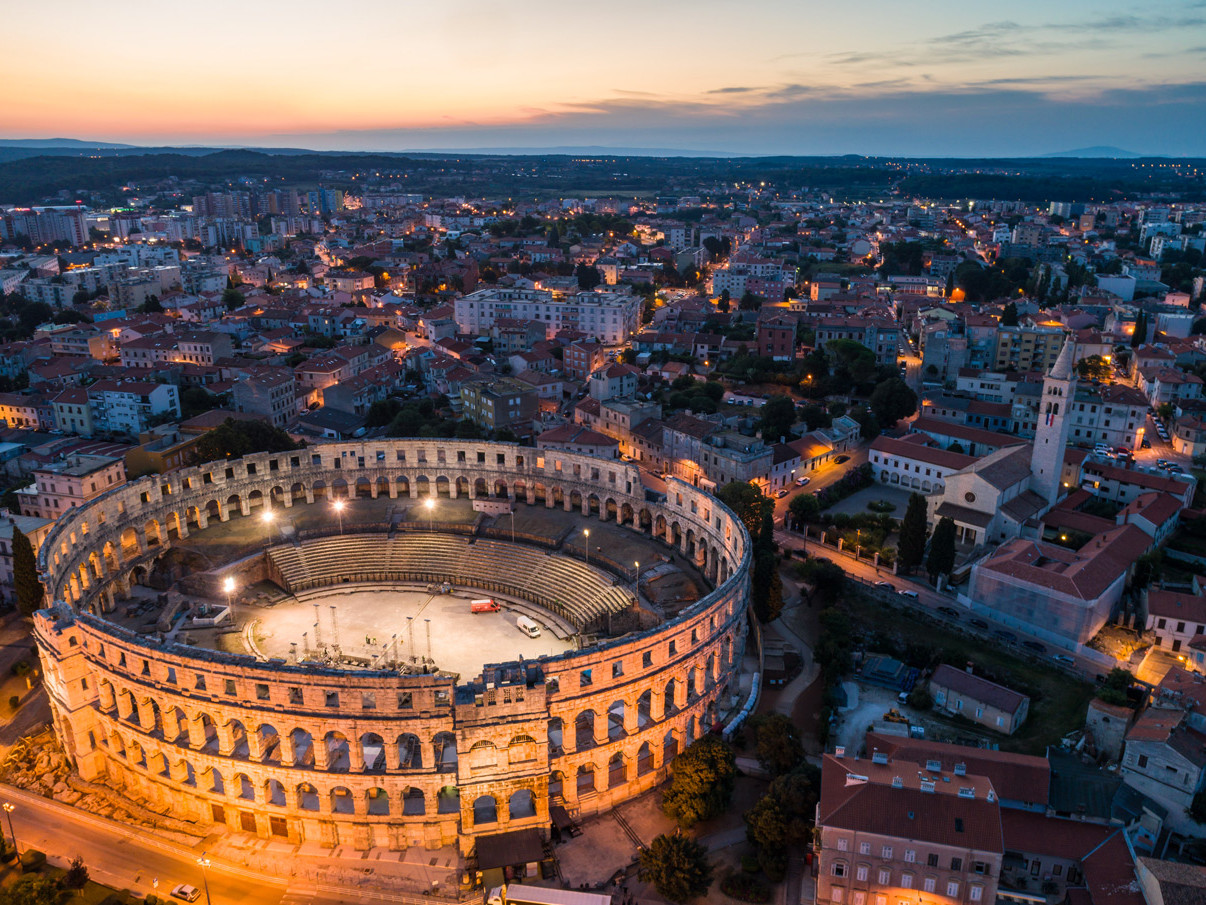 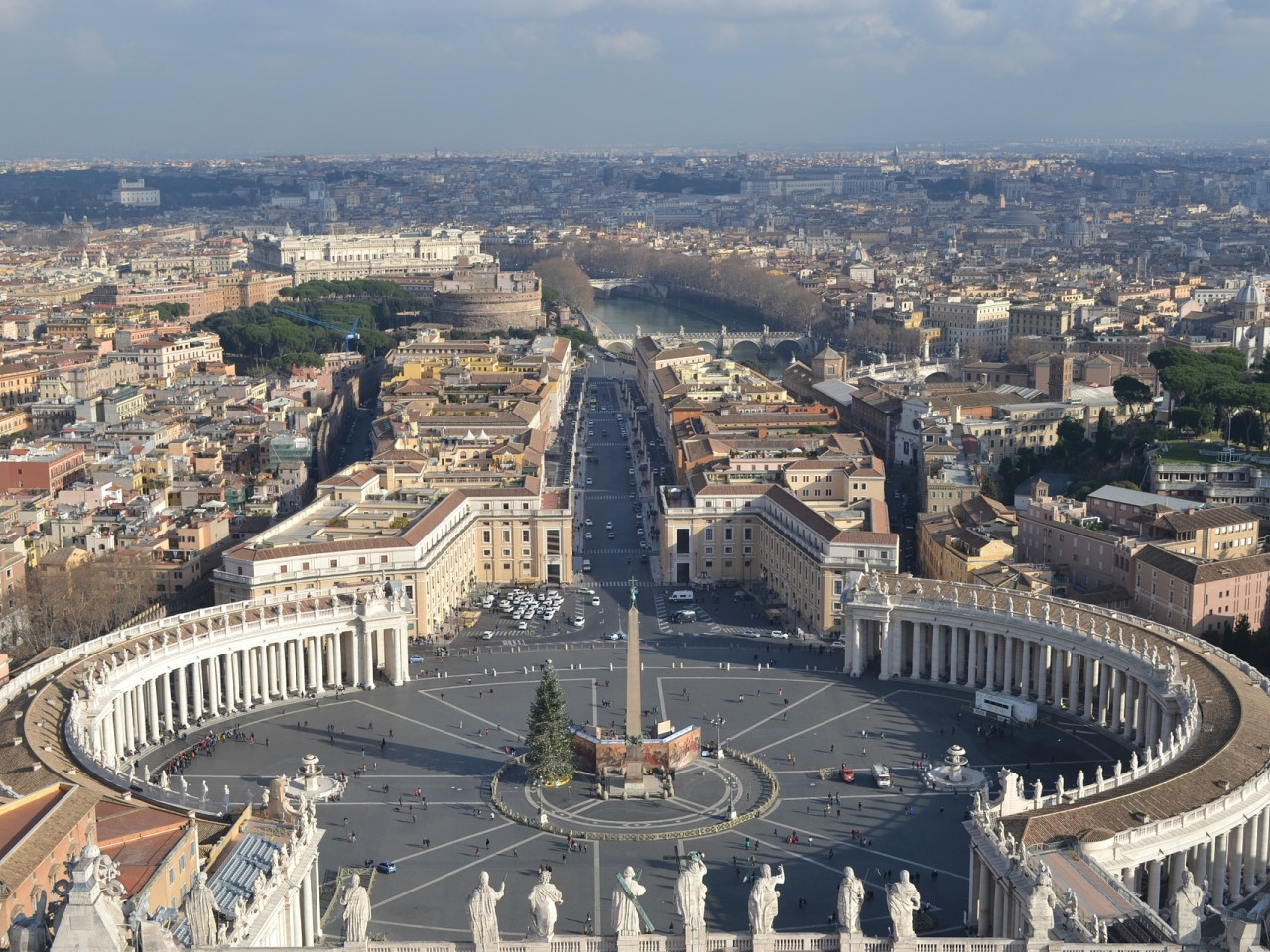 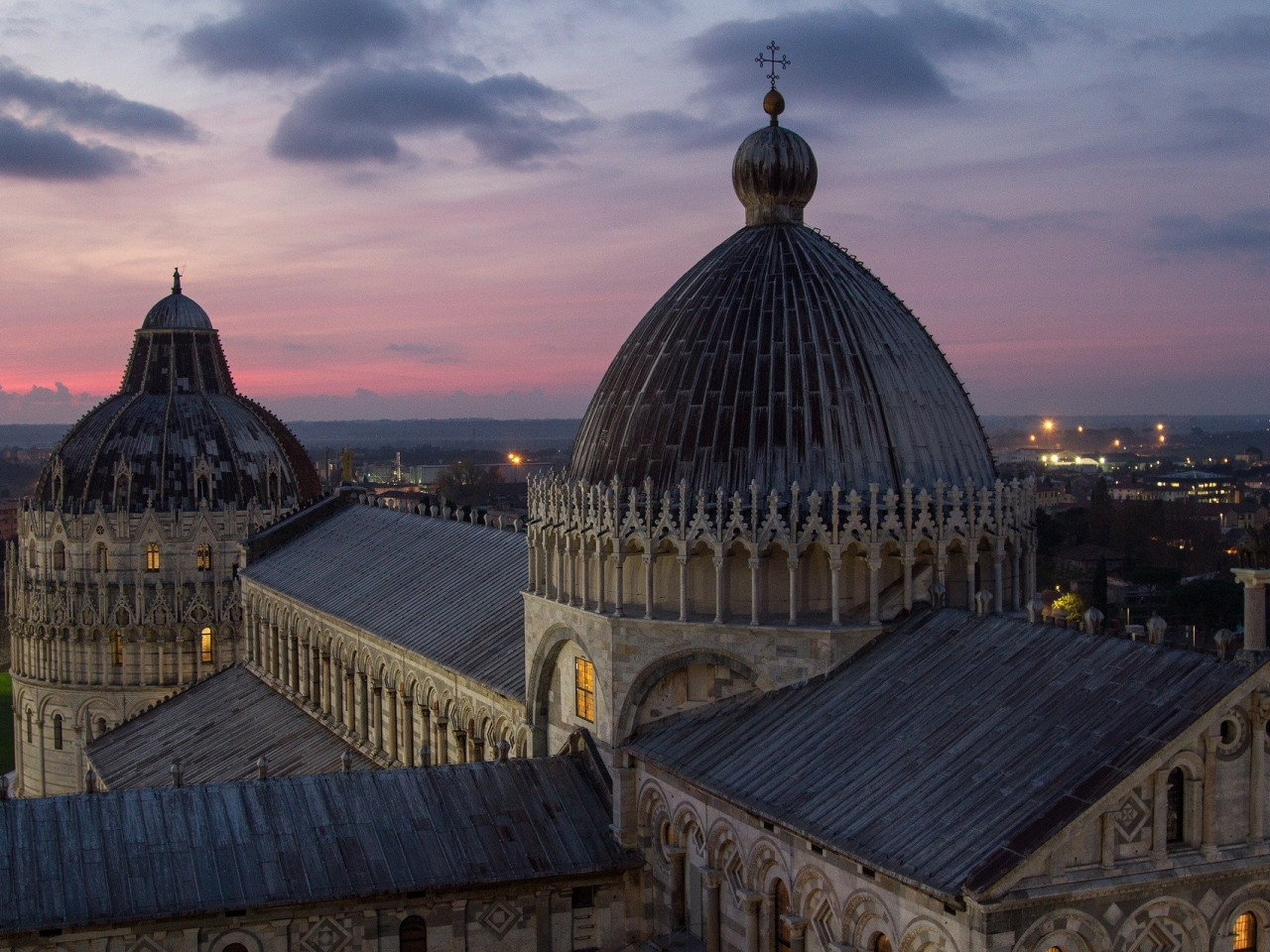 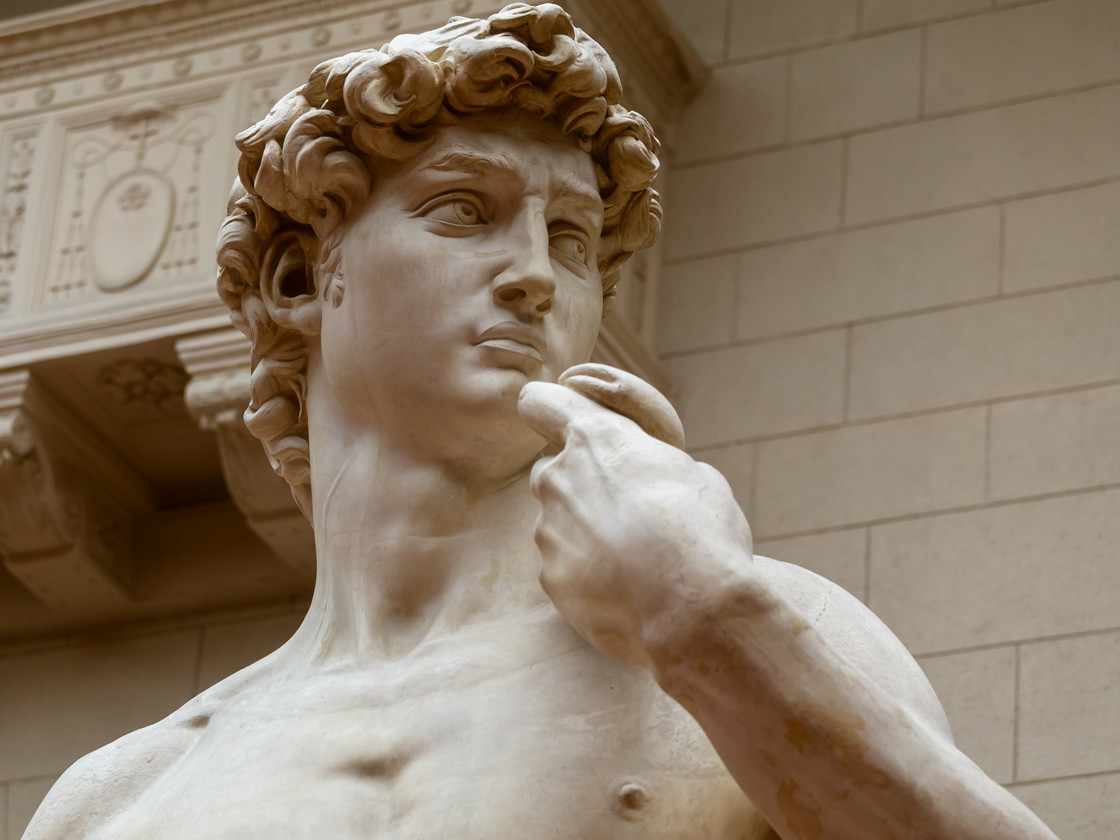 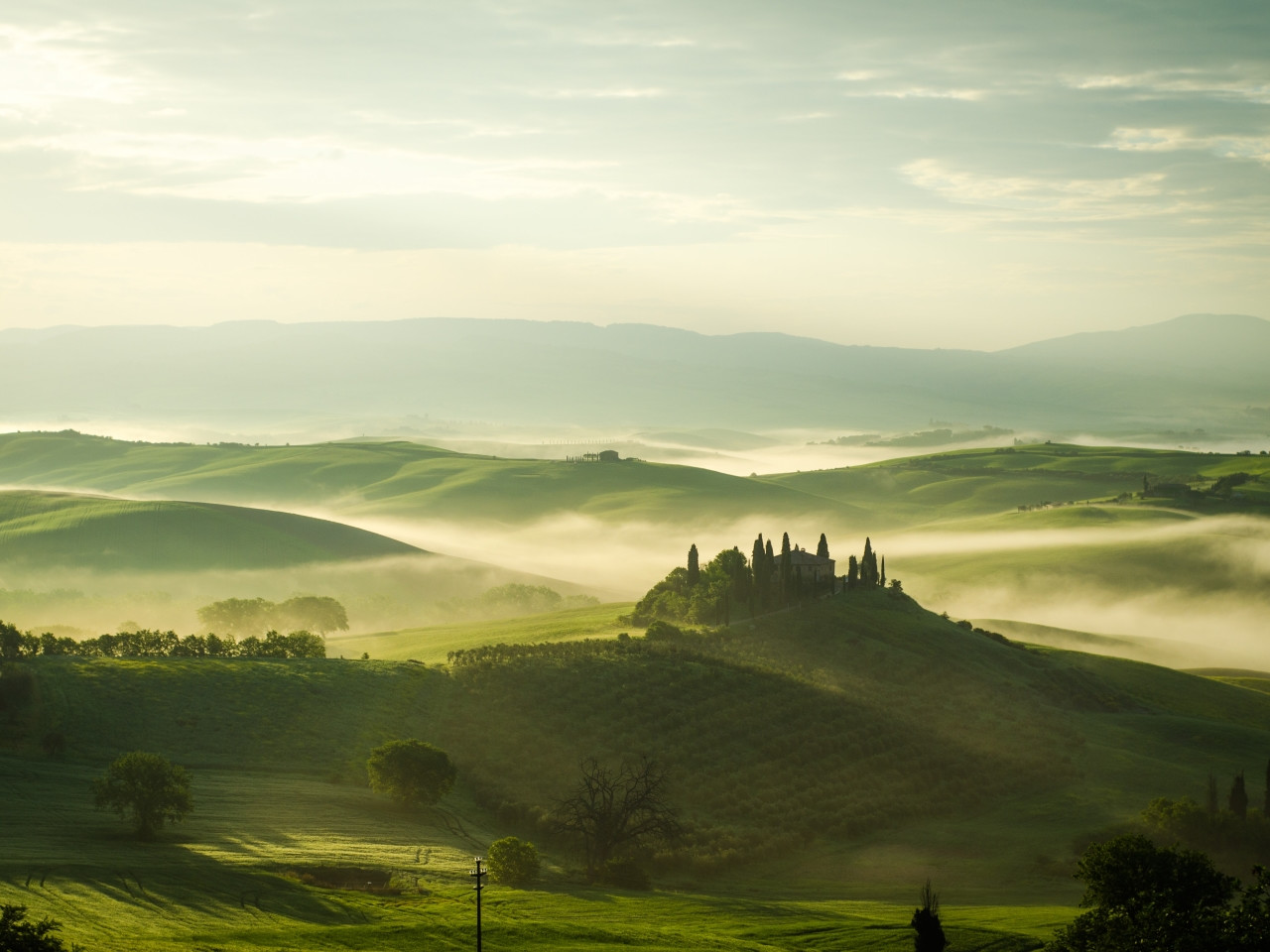 Arrival at Rome airport, welcome by our English speaking tour leader and coach transfer to the area of Frascati. Accommodation in a 3* sup.  hotel such as Park Hotel Villa Ferrata, or similar. Welcome drink. Dinner and overnight stay.

After breakfast, departure by coach for a daily excursion with our tour leader. In the morning, guided tour of Baroque Rome. The guide will lead you among the most famous monuments of the Urbe: the magnificent Trevi Fountain, a masterpiece of late Roman-Baroque, known worldwide for its ritual consisting in throwing a coin into the water, then the spectacular Piazza di Spagna animated by luxury boutiques and ancestral craftsmen. Then external view of the Pantheon, a prestigious temple dedicated to the Roman deities, and Piazza Navona, a triumph of the Baroque style with its three fountains. Free time to discover the city centre and have a free lunch (not included). In the afternoon, continue to the Vatican. Guided visit of St Peter’s Square with its magnificent Basilica, which count two thousand years of the history of the Papal Rome, and view of the famous dome, Michelangelo's masterpiece. Back to the hotel in the late afternoon, dinner and overnight stay.

Breakfast at the hotel and departure by coach for a daily excursion. In the morning, guided tour of two of Rome's four major basilicas. Discovery of the Basilica of St. Mary Major with its splendid mosaics of the 5th century. Thanks to the great variety of architectural styles, from early Christian to Baroque, the basilica brings together all the stages of Roman Christian art. Continue to the Basilica of St. John Lateran, the cathedral of the city, as well as the first church built in Rome. Inside, the basilica is richly decorated with mosaics, columns and imposing statues. Free time for lunch (not included). In the afternoon, guided tour through the wonders of Ancient Rome. Visit of the Coliseum, the most emblematic building in Rome, then external view of the Roman Forum, the heart of the political life in ancient Rome, the majestic Arch of Constantine and the Capitol Square. Back to the hotel in the late afternoon, dinner and overnight stay.

Breakfast at the hotel and departure by coach for a daily excursion with our tour leader. In the morning, road to Umbria and stop in Orvieto, a town located at the top of a volcanic tuff massif. Ascent by funicular and guided tour of the old centre of Orvieto, once one of the twelve Etruscan cities, whose remains can still be admired today. Visit of the Cathedral, the most imposing monument of the city for its dimensions and its facade decorated with mosaics and sculptures, then continue through the narrow streets of the village towards the Republic Square dominated by the Church of St. Andrew with its twelve-sided bell tower, and the People's Palace, a building in Romano-Gothic style (all external views). Free time for lunch (not included) then descent by funicular. Departure for Assisi. Guided tour of this medieval city and of the majestic Basilica dedicated to St. Francis. The Basilica consists of a small church decorated with frescoes by Simone Martini, and an elegant and slender upper basilica, decorated with an admirable cycle of paintings together by Giotto, representing the Saint’s life. The visit continues through the small streets of the village, where stand other religious buildings, such as the Church of Santa Chiara and the Cathedral of San Rufino (only external). Road to Santa Maria degli Angeli. Accommodation in a 3* sup. Hotel such as Hotel Villa Elda, or similar. Dinner and overnight stay.

Breakfast at the hotel, then departure by coach for a daily excursion with our tour leader. In the morning, road to Perugia, Umbria’s capital city. Guided walk through the city among Etruscan remains and medieval monuments. The prestigious Piazza IV Novembre is the beating heart of the city, and gathers its main monuments: the imposing Palazzo dei Priori with its majestic staircase, the Fontana Maggiore, a fountain covered with bas-reliefs by Nicola Pisano, and the Gothic Cathedral, whose facade presents a Baroque portal decorated with bronze statues of the Griffon and Leon, symbols of the city. Free time for lunch (not included). In the afternoon, road to Siena and guided visit of this magical city, where time seems to have stopped in the Middle Ages! Siena is known above all for the “Palio”, the most famous horse race in Tuscany, which takes place every year in the marvelous Piazza del Campo, renowned for its harmonious shell shape and the pink and white colours of the buildings that surround it, such as the Palazzo Pubblico with its Mangia Tower. Leaving the Piazza del Campo, view of the grandiose façade of the Cathedral of Santa Maria Assunta. Continuation to Viareggio or Montecatini. Accommodation in a 3* sup hotel, such as Hotel Oceano in Viareggio, or 4* in Montecatini such as Hotel President, or similar. Dinner and overnight stay.

Breakfast at the hotel, then departure by coach for a daily excursion with our tour leader. In the morning, road to Florence and guided tour of the city. A nice walk through the medieval streets of the centre will allow you to admire the main monuments of this museum city: the Duomo square with the Cathedral and its famous dome designed by Brunelleschi and the elegant Campanile by Giotto, the Palazzo Vecchio, the Piazza della Signoria, the political centre of the city, decorated with statues including the Fountain of Neptune, then the banks of the Arno river and the Ponte Vecchio, famous for its goldsmith shops. Free time for lunch (not included). In the afternoon, continue to Pisa. Guided tour of this ancient maritime republic, which still shows all its glory through the monuments of the Campo dei Miracoli, the most famous square in Pisa. Discovery of this harmonious architectural complex of a brilliant white, with a visit to the Dome, the Baptistery and the Campo Santo, monumental cemetery of the most illustrious Pisans, then external view of the famous Leaning Tower. At the end of the day, back to the hotel, dinner and overnight stay.

Breakfast at the hotel, then departure by coach for a daily excursion with our tour leader. In the morning, drive to San Gimignano. Free time to discover this nice village, also known as “the town of the towers”, because of the famous tower-houses of the Middle Ages. The timeless charm of the city shows itself in its squares. Piazza della Cisterna, rich in ancient palaces and towers, and Piazza del Duomo, which also houses the sober collegiate church. Traditional lunch with taste of local products in a typical farm. In the afternoon, road to Rome. Accommodation in a 3* sup. Hotel, such as Park Hotel Villa Ferrata or similar. Dinner and overnight stay.

Breakfast at the hotel, then transfer by coach to Rome airport with our tour escort. Check-in assistance and end of our services.

• 7 nights accommodation on H/B basis in mentioned3* sup/ 4* hotels or similar, in double room
• All dinners excluding beverages
• Welcome drink on the day of arrival
• Lunch/tasting with local products (day 7)
• The service of a professional English-speaking guide from/to the airport and for the whole duration of the tour, accommodation and meal costs included
• Local guide services as mentioned in the program
• The obligatory headset service for the Basilica of St. Peter
• 8 days transportation by air-conditioned G.T. bus according to the itinerary, including all city access fees as currently in force, and including meals and/or accommodation expenses necessary for the driver
• The funicular in Orvieto
• VAT as currently in force 10% for hotels, 5% for maritime transport, 22% other services
• Our constant phone support

The price doesn't include:

• Air transport
• Tourist tax
• Luncheons (except day 7)
• Drinks at meals
• Entrance fees
• Headsets (not mandatory)
• Luggage transport service at the hotels
• All services not mentioned in our program and in "the price includes"
• The possible increase in VAT, access and parking costs for the bus, taxes in general
• Extras, optional visits, tips and personal expenses

If you need more information, please feel free to contact us anytime, we will be happy to help you!